"Providing a path to Infrastructural solutions"

Tan Sri Mohamed Nazir Abdul Razak was appointed to the Board of Bank Pembangunan Malaysia Berhad as a Non-Executive Chairman on April 22, 2021. He graduated with a Bachelor of Science (Hons) in Economics and Politics, University of Bristol and obtained a Master of Philosophy in Development Economics from the University of Cambridge. He was a Chevening Fellow at the Oxford Centre for Islamic Studies in 2010 and a Transformational Leadership Fellow at the Blavatnik School of Government, Oxford University in 2019.

Nazir brings with him over 29 years of experience in the banking industry. His career began in 1989 in the corporate advisory department of Commerce International Merchant Bankers Berhad (now known as CIMB Investment Bank Berhad). He held various roles within the firm before being appointed as Chief Executive in June 1999 at the age of 33. Nazir spearheaded CIMB’s transformation from a Malaysian investment bank to an ASEAN universal bank via a series of bank acquisitions across the region. He served as the Group’s CEO for over 15 years, until 2014 when he became its Chairman. He retired from CIMB in October 2018.

During his career at CIMB he also served as a Non-Executive Director of Khazanah Nasional for 4 years from 2014 to 2018 and a member of the Employee Provident Fund Investment Panel for 15 years from 2002 to 2017.

Since 2019 Nazir has been the Founding Partner and Chairman of Ikhlas Capital, an ASEAN private equity firm.

Nazir received various accolades throughout his career. In 2004, he was awarded the American Express and Business Times CEO of the Year Award. He also became the youngest ever recipient of Finance Asia’s prestigious “Lifetime Achievement Award” in 2009. He received the Euromoney’s Outstanding Achievement Award in 2012 and Asia House Asian Business Leader Award for 2015.

Nazir has made significant contributions in philanthropy. He was instrumental in setting up the CIMB Foundation in 2007 and now sits on the advisory board of the Centre for Asian Philanthropy and Society (CAPS) and is a trustee of the Urological Cancer Trust Fund of Universiti Malaya. 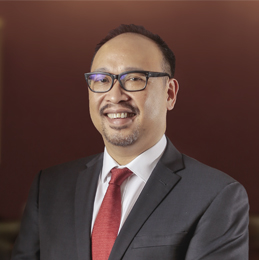 Ariff bin Rozhan was appointed to the Board of Bank Pembangunan Malaysia Berhad on May 10, 2019. He holds an LLB (Hons) from Reading University, Berks, England and is a Fellow of the Chartered Institute of Arbitrators.

Ariff has practiced law for nearly 30 years. He began his career in 1989 at an international city law firm in London, and thereafter, practiced as a Barrister in London, England, where he was instructed as Counsel at various levels of the Judicial System in England and Wales. He is also an advocate and solicitor of the High Court of Malaya.

He returned to Malaysia in 2004 and joined Zaid Ibrahim & Co (ZICO), where he managed the firm's Dispute Resolution department and was on the Executive Committee until April 2015. He then founded Ariff Rozhan & Co in April 2015 and is its Managing Partner. Ariff set up the Chambers of Ariff Rozhan in London, England, from where he recommenced his practice as a Barrister. Ariff has also been authorised by the Bar Council of England & Wales to "Conduct Litigation" and is registered to accept instructions via Direct Access.

Ariff has experience in conducting cases in complex claims and disputes, in a wide range of fields including arbitration, corporate and commercial disputes, insurance and reinsurance, banking, administrative, insolvency, construction and contractual matters. He also has extensive experience in cases where forensic investigation is required. His clients include both local and international banks, major local and international corporations, statutory bodies and local authorities.

He is currently the Managing Partner of Ariff Rozhan & Co and a Director of Pan Malaysia Corporation Berhad. 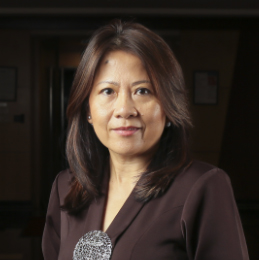 Norazilla Md Tahir was appointed to the Board of Bank Pembangunan Malaysia Berhad on 14 August 2020.  She has more than 25 years’ experience in financial management, notably in Financial Institution and Capital Market.

Prior to her appointment as Director of BPMB, Norazilla was the Chief Financial Officer of Cagamas Berhad for a total of 9 years from when she first joined in 2009. She spearheaded the financial leadership of the Group and was responsible for upholding strong financial management and governance while providing timely, accurate and reliable financial information and enhancing internal control.

Besides banking,Norazilla is also experienced in fast moving consumer goods, having been involved in sales logistic chain management while at L’Oreal Malaysia Sdn Bhd and Universal Music Sdn Bhd.

Thomas Meow Yoke Nean was appointed to the Board of Directors of Bank Pembangunan Malaysia Berhad on 2 June 2021. He holds a Bachelor of Accounting (Hons) from the University of Malaya.

Thomas has over 30 years of experience in the banking industry and has held numerous positions in RHB Bank and CIMB Group. He began his career as a FX Swap Trader at RHB Bank in 1990 and was its Head of Structured Derivatives when he set up the first derivatives desk, during the formative years of Malaysia’s derivatives market.

He joined CIMB Group in 1997 where he held various positions until 2019. Thomas set up the Structured Products franchise upon joining the bank. From 1999 he also built and led the Sukuk and Bond franchises to become the largest underwriter of local currency bond issuances in ASEAN, and as published by Bloomberg, one of the world’s largest underwriters for Sukuk issuances.

Thomas helmed CIMB Discount House as Chief Executive Officer before it was merged with CIMB Investment Bank. Over the years, his portfolio expanded to include securitisation, loan syndication, project and acquisition finance in the Asean region. He is experienced in Debt Capital Markets origination and syndication covering Sukuk, bonds, bank capital, Tier 1, sub-debt, hybrid and convertible bonds, also in the Asean region.

His significant contributions to the broader industry was as Chairman of the Debt Capital Markets Committee of the Malaysian Investment Banking Association from 2006 to 2015 and as Deputy Chair of the ASEAN+3 Bond Market Forum, established under the auspices of the Asian Bond Markets Initiative, from 2011 to 2015.

Thomas was a Director at LIM Asia Special Situations Fund managed by LIM Advisors Hong Kong from 2010 to 2015 and has, since 2020, been a partner of BlackWater Ventures PLT, an investment holding partnership. 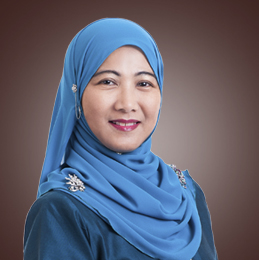 Her career at the Ministry of Finance began in 1989 at its Investment Section, Finance Division, where she was responsible for managing Government loans from the capital market. In 1998, she was assigned to the Privatisation Section of the Finance Division, where she was responsible for coordinating privatisation projects including the Putrajaya Development Project, projects and privatisation of the Ministry of Transport (i.e. ERL and PTP) and the Ministry of Defence. Datin Rashidah was then assigned to the MKD Section, BSPN to handle matters related to corporate issues of Government companies from various sectors.

She was also directly involved in the rationalisation and restructuring of the functions and roles of Bank Pembangunan dan Infrastruktur Malaysia Berhad including Bank Industri Malaysia Berhad. In 2009, she was assigned to the Economic Sector, BMKD to coordinate privatisation projects as well as handle matters related to corporate issues of Government companies.

She was previously a Board Member of Agrobank, Perbadanan Nasional Berhad and Global Maritime Ventures Sdn Bhd. She is currently on the Boards of Securities Commission Malaysia, TRX City Sdn. Bhd, UDA Holdings Berhad, DBKL and PR1MA Corporation. 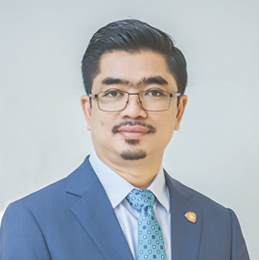 Ts. Othman Abdullah was appointed to the Board of Directors of Bank Pembangunan Malaysia Berhad on 22 October 2021. He holds a Bachelor of Science in Computer Engineering from the University of Michigan, Ann Arbor, USA and a Post Graduate Diploma and Master of Science in Islamic Banking and Finance from the International Islamic University of Malaysia. Subsequently, Ts. Othman is also a proud recipient of the Certificate of Premier Business Management Program from Harvard Business School as well as Certificate of Islamic Finance Leadership Program from Cambridge IF Analytica. Currently, he is pursuing a PHD at University Sains Islam Malaysia.

A recognised professional technologist by the Malaysian Board of Technologists (MBOT), Ts. Othman has over 25 years of experience in the digital economy and financial technology sector with emphasis on IT solution implementation and transformation services and has engaged countless number of financial institutions in Asia, Middle East and Africa.

He started his career with Silverlake in May 1997 as a Management Executive and was promoted to Vice President in year 2000. In January 2007, Ts. Othman joined Bank Islam as Senior Manager, Head of Information Technology Application Development. In July 2007, he re-joined Silverlake as Executive Vice President. In 2010, he was promoted to the rank of Managing Director the heading Islamic Banking division. In July 2017, he was re-designated as the Chief Executive Officer in charge of Islamic Banking and Innovative Services.

Qualified in both IT and Islamic finance and equipped with his more than two decades of hands-on experiences servicing financial services industry, Ts. Othman has positioned himself as a financial technology thought leader in the space of Islamic banking and finance. He writes regularly and contributes his articles and thoughts for various publications and television programs. He also speaks on the subject at conferences and seminars. 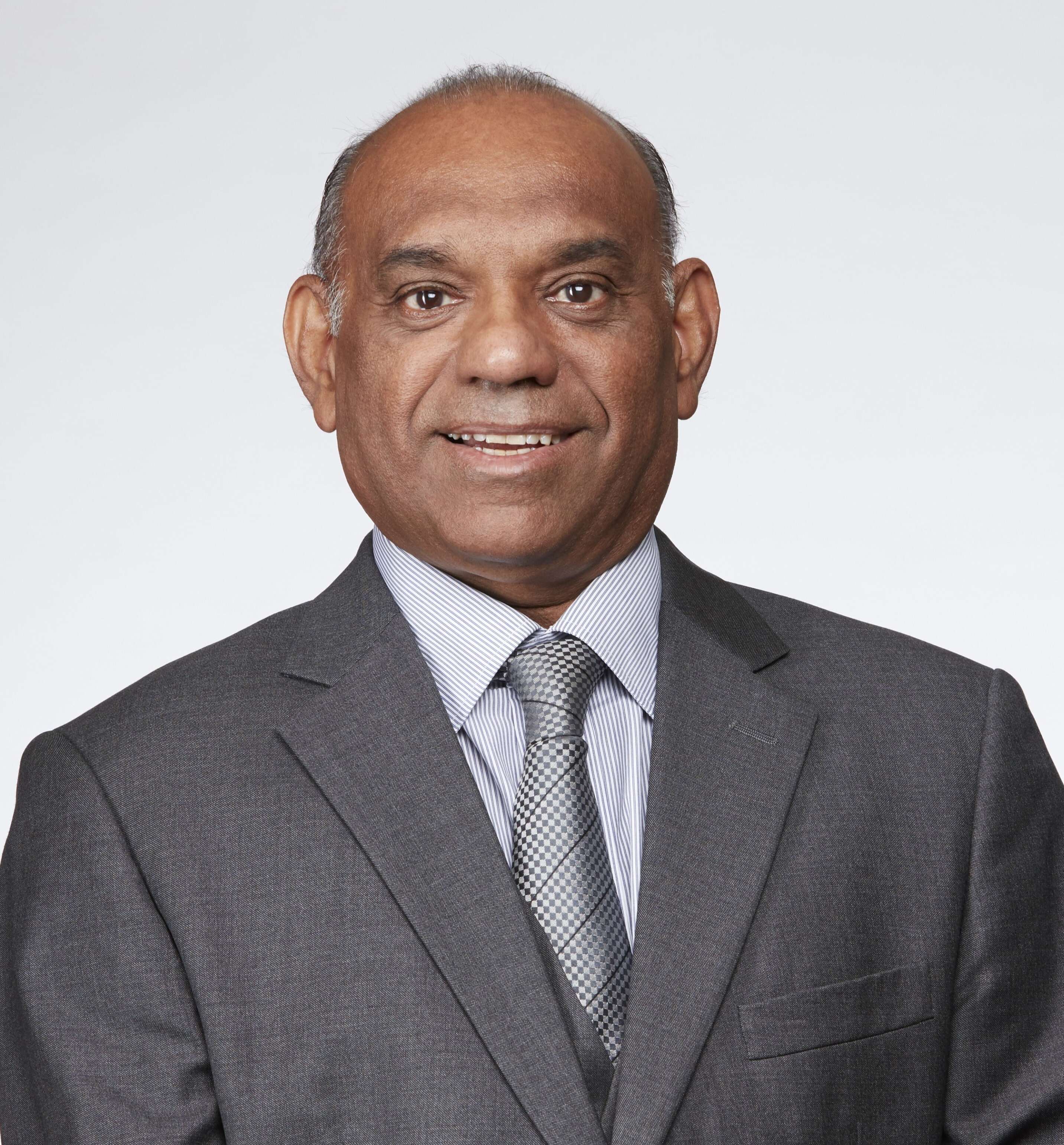 Tan Sri Datuk Seri Rashpal Singh Randhay was appointed as an Independent Non-Executive Director to the Board of Bank Pembangunan Malaysia Berhad on 28 April 2022.

Tan Sri Datuk Seri Rashpal has more than 30 years’ experience – spanning investment companies, stock brokerage firms and stock and commodity exchanges. He began his career with Citivest International as a corporate trader before moving on to being the Corporate Head of Citivest International, in which he was responsible for operations in Australia, New Zealand and the United States of America. Upon returning to Malaysia, Tan Sri Datuk Seri Rashpal served as the Chief Representative to South East Asia for Saitama International Investment Bank.

He assumed the role of Advisor to KPMG from 2003 to 2008 and was part of a United Nations initiative under which he was assigned the task of restructuring the Central Bank of Iraq in November 2003 with emphasis on the valuation of the new Iraqi Dinar. Tan Sri Datuk Seri Rashpal was also a Special Advisor to Tenaga Nasional Berhad as well as a Member of the Main Advisory Board of Malaysia Anti-Corruption Commission (MACC) from 2009 to 2015.

From 2015 to 2021, he served as a board member of the Inland Revenue, Malaysia (LHDNM). Tan Sri Datuk Seri Rashpal was also appointed as an Independent Non-Executive Director of Danajamin on 16 June 2021.

He is the founder of the Knight Group of Companies, which now operates in Kuala Lumpur, Penang, Sabah and Sarawak, with representative offices in India and the United Kingdom. Puan Rosnah Dato’ Kamarul Zaman was appointed as an Independent Non-Executive Director to the Board of Bank Pembangunan Malaysia Berhad on 17 May 2022.

She has more than 25 years’ experience in banking and finance. During her career she has covered the full spectrum of banking which includes consumer, commercial and corporate banking as well as the non-banking functions of the various business and operational support divisions in the bank.

Puan Rosnah Dato’ Kamarul Zaman commenced her career as a Management Trainee with the former Bank of Commerce in 1979, and left the bank in 2005. Her last appointment at the bank was as Senior Executive Vice President heading the Banking Unit, responsible for the strategic businesses of Consumer Banking, Commercial Banking, Corporate Banking, Treasury and International Banking.