"Providing a path to Infrastructural solutions"

This exercise is part of the Government’s medium-term plan to strengthen and align the mandates of Development Financial Institutions (DFIs) to improve the national development finance ecosystem. The first phase of the plan will see BPMB acquiring all of Danajamin’s shares from its current shareholders, namely CGC and MOF Inc., turning Danajamin into a wholly-owned subsidiary of BPMB.

BPMB’s Chairman, Dato’ Sri Nazir Razak said, “DFIs are an important component of any financial system. The strengthening of our DFIs will enhance their ability to support national economic development by availing capital to borrowers neglected by private banks, providing subsidised capital for priority sectors and crowding-in private capital to key segments of the economy."

“Today’s signing is a significant milestone as it not only confirms the merger of BPMB and Danajamin, but formally sets in motion a new phase for Malaysia’s DFIs. We, at BPMB are fully supportive of the Government's efforts and will work together with all stakeholders to ensure that the DFI ecosystem is supportive of the needs of the nation, especially in these challenging times. The economic crisis caused by the pandemic is a strong reminder for us all of the importance of DFIs as countercyclical lenders for the economy,” he elaborated.

CGC’s Chairman, Dato' Mohammed Hussein said “The quality of the Danajamin loans portfolio reflected the strong belief of the past and present boards and management of Danajamin that a strong credit culture and risk management framework was critical to the sustainability of Danajamin. With the sale of its 50% stake to BPMB, I am confident that this will result in synergistic values to create greater scale and take on wider mandates with greater development impact under the enlarged umbrella of BPMB. I believe there will be exciting days ahead for all stakeholders under the leadership of Dato' Sri Nazir Razak”.

The purchase consideration for Danajamin will be its audited net asset value (NAV) as at 30th June 2021. The deal is expected to close immediately after the completion of the interim audit, most likely in November this year. 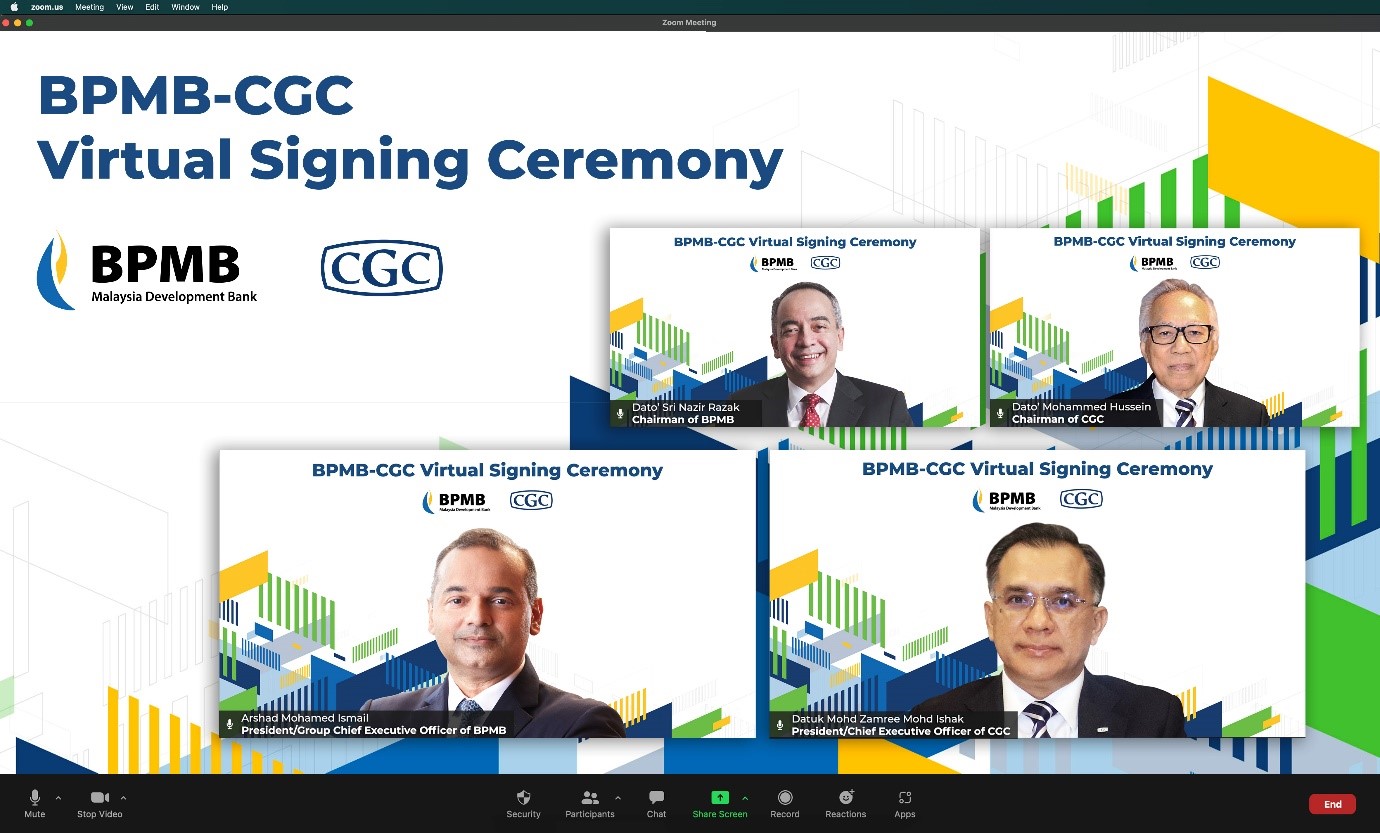 Owned by Minister of Finance (Incorporated), BPMB has been accorded the highest rating of ‘AAA’ by both RAM Rating Services Berhad and Malaysia Rating Corporation Berhad. It is regulated and supervised by Bank Negara Malaysia under the Development Financial Institution Act 2002.

BPMB is strongly capitalised and positioned for growth. As at 31st December 2020, BPMB Group has Total Assets valued at RM23.5 billion and shareholders’ funds of RM7.9 billion.

Danajamin Nasional Berhad is Malaysia’s first and only Financial Guarantee Insurer. Established in May 2009, Danajamin’s objective is to ensure that financially viable corporates continue to be able to access the bond market for their long-term financing needs and at the same, be an enabler to further develop the domestic bond and sukuk market.

To date, Danajamin’s guarantee have assisted 42 issuances across various sectors; and brought about a market impact of approximately RM22.7 billion through its risk sharing collaboration with partner banks.

Danajamin is ‘AAA’ rated by both RAM Rating Services Berhad and Malaysia Rating Corporation Berhad. It is regulated and supervised by Bank Negara Malaysia under the Financial Services Act 2013. Danajamin is equally owned by Minister of Finance (Incorporated) and Credit Guarantee Corporation Malaysia Berhad.